The PLA and Children 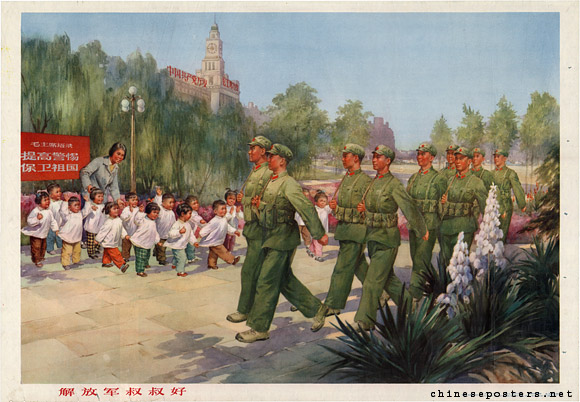 As the PLA functioned as one of the main avenues for social mobility after the founding of the PRC, it is small wonder that many parents longed for an army career for their children. Consequently, it used to be possible to see children - usually boys - dressed up as little generals all over China. 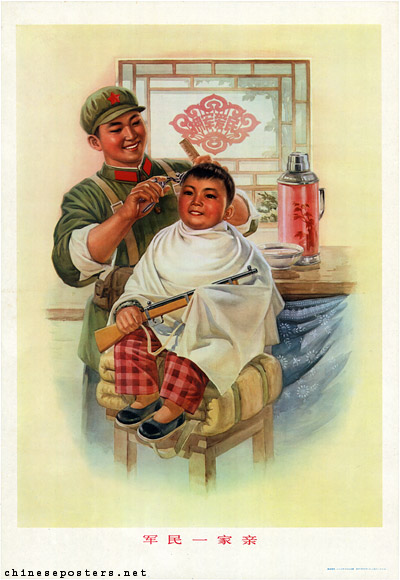 The army and the people are as one family, 1974 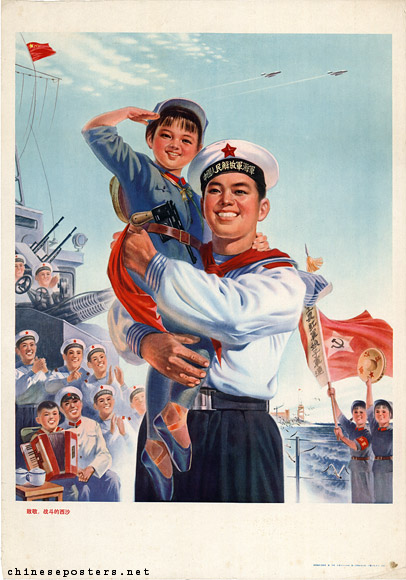 Salute to the fight for Paracel Islands, 1976

At the same time, the PLA was very much aware that it needed to recruit its new forces from the younger generations. Mixing messages of toys-for-boys and care for society at large, young and old, the Army put on its most acceptable face for all to see. 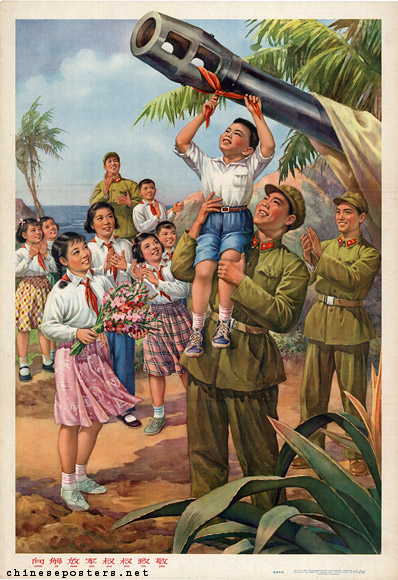 Paying tribute to the uncles of the People’s Liberation Army, 1965 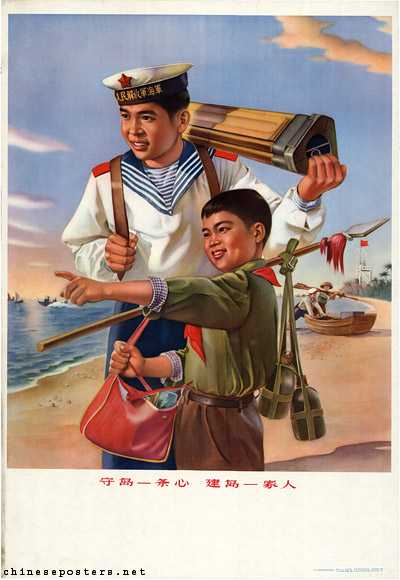 In the digital age, this type of materials seems to have been superseded completely by all kinds of computerized wargames and other moving images. 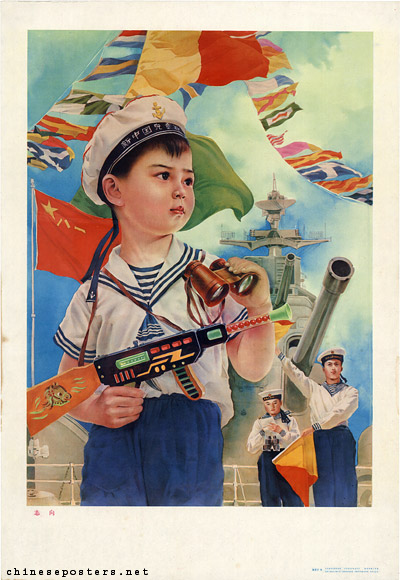 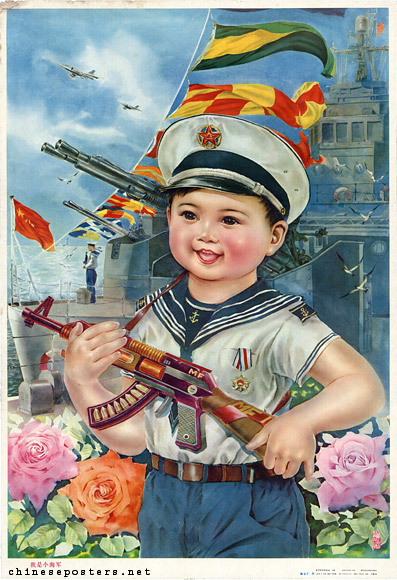 Orna Naftali, "Marketing war and the military to children and youth in China: Little Red Soldiers in the digital age", China Information 28:3 (2014), 3-25