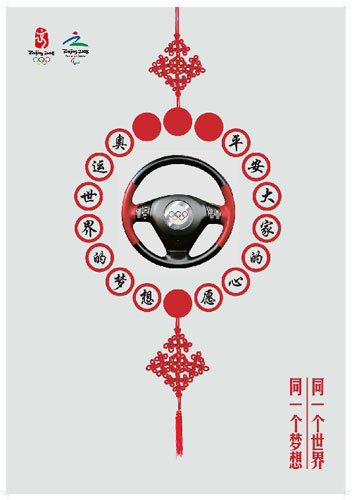 From the official press release of 27 February 2008: "In an effort to promote a "safe Olympics," the local security administration for the Beijing Olympic Games has issued four slogans and posters to the public, reported the Xinhua News Agency on Wednesday. With a total circulation of 200,000, the four kinds of Olympic posters with four different security slogans will be posted around residential areas, commercial centers, public buildings, Olympic venues and neighborhoods in Beijing and seven other Olympic co-host cities. The outstanding poster designs, with Olympic images, modern style and Chinese characteristics to vivify the theme of a "safe Olympics," were selected from about 400 creations in a public solicitation activity held last year. And the slogans were selected by nationwide public security forces from over 3,000 slogans submitted through the Internet, fax and mobile phone." 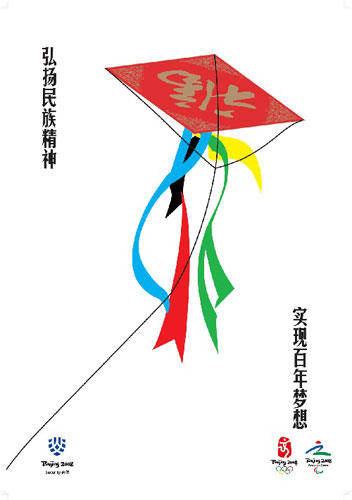