Over the years, our posters have been used in many different ways: for exhibitions, as illustrations in books and periocdicals, or to be shown on websites.
Here we would like to give you just a few examples of less obvious cases. If you know other examples, please let us know ! 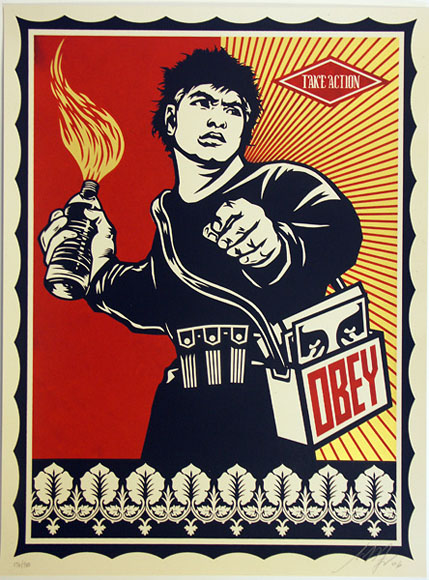 The artist Shepard Fairey is known for his re-use of existing propaganda images. In 2006 he used a 1963 poster design by Ha Qiongwen - probably found on the web exhibition ‘The Chairman Smiles

’ or on Stefan Landsberger’s Propaganda Posters - as a source of inspiration for his print ‘Molotov Man’. In 2008, Fairey would become world famous with his ‘HOPE’ poster for Barack Obama’s election campaign. 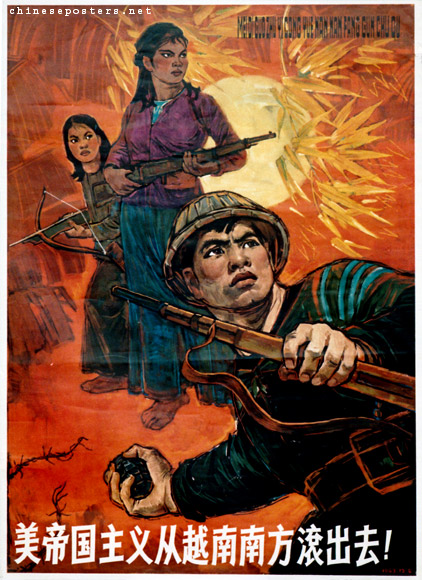