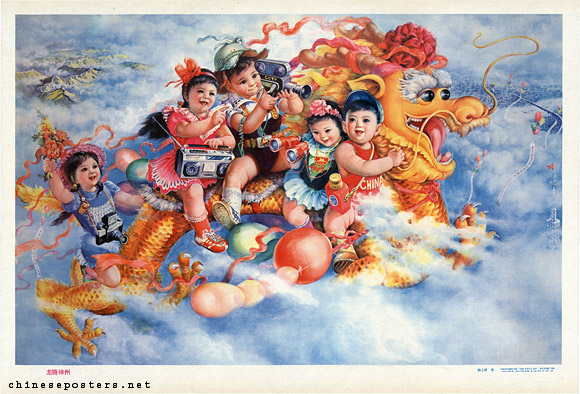 Dragons rise over the Divine Land, 1985

A truly striking use of the trope of the chubby baby can be seen in one particular set of modern chubby baby posters, published in 1988. What is remarkable in this set is the mixture of traditional elements and auspicious formula with modern, more or less abstract symbols of power, a combination that is obviously accepted unquestioningly by the targeted consumers. They form quite a contrast with the image above. 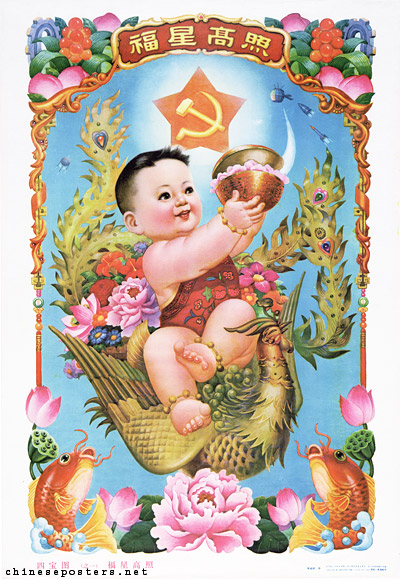 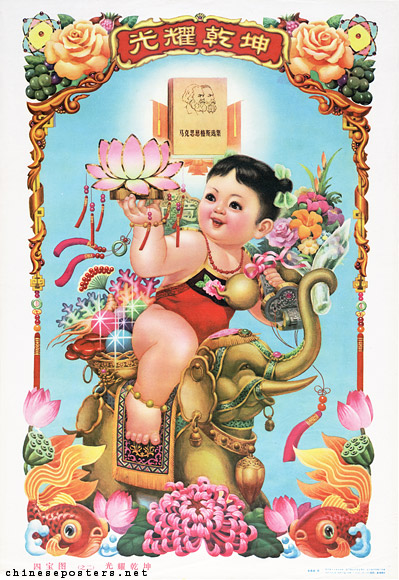 The political symbols range from the images of Marx and Engels, the ‘founding fathers’ of socialism, to the emblem of the State (Tiananmen), the ‘logo’ of the CCP (hammer and sickle), and the symbol of the nation (five yellow stars on a red background). After the adoption of the Reform policies, these elements have been used in all sorts of visual materials that propagated adherence to some durable, political norm, thus clearly establishing a link between the behavior sought and the organization that originated that norm. 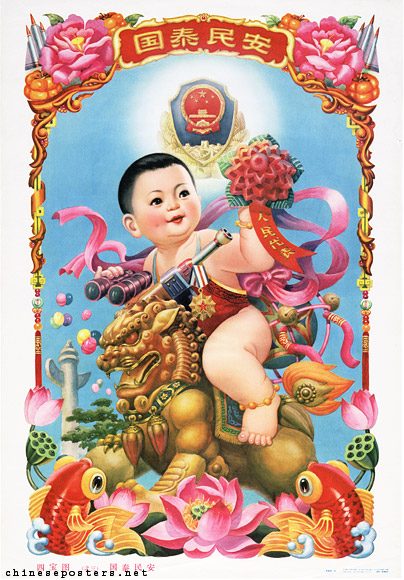 Four treasures (3) The country is prosperous and the people live in peace, 1988 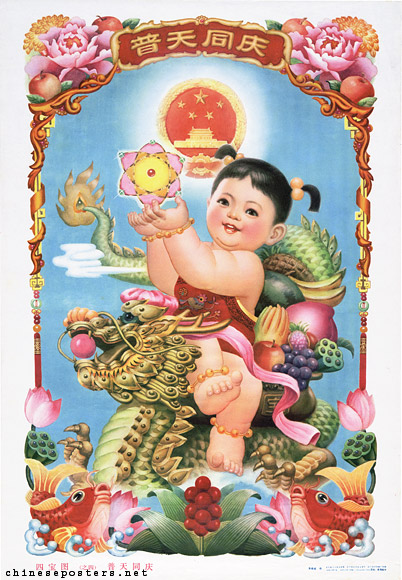 The decline in artistic standards and designing abilities also has had an effect on the quality of the chubby baby posters that have been published in the last fifteen years. The evocative and playful image below, which may have contributed to the desire of China’s current taikonauts to become involved with the space program, was published in the early 1970s. A more contemporary look at space travel is provided by the image below. Published in 1985, it does succeed in giving a more accurate impression of the space suit needed for trips in outer space, but at the same time, it lacks the sparkle and playfulness of the earlier poster. 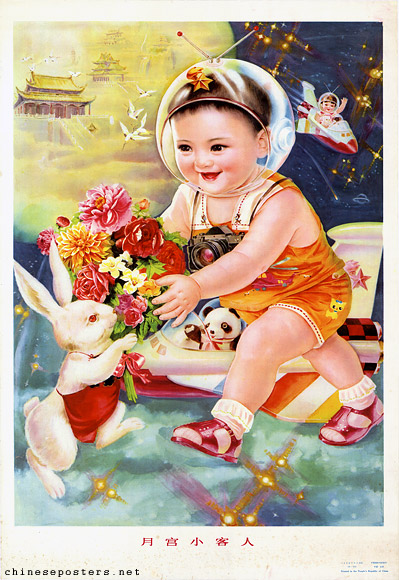 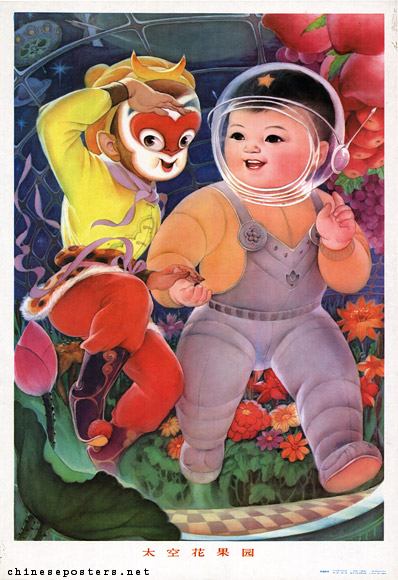 But it can get even worse. The poster below, published in 1990, still uses the traditional auspicious symbols, but has done away with the chubby baby altogether. 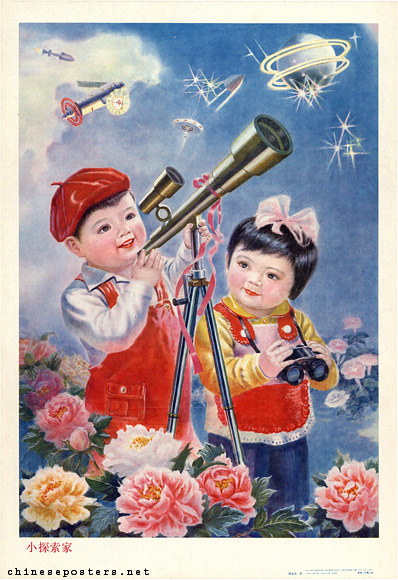 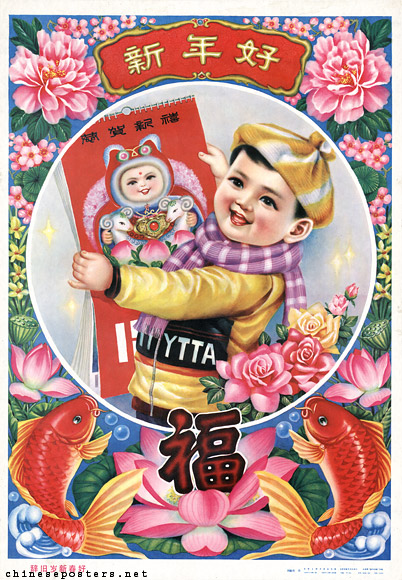 Bid farewell to the old year, welcome the new spring, 1990

Science leads to wealth, and savings to abundance, 1985

: A selection from the A. E. Maia do Amaral collection

, by James A. Flath (University of Western Ontario)