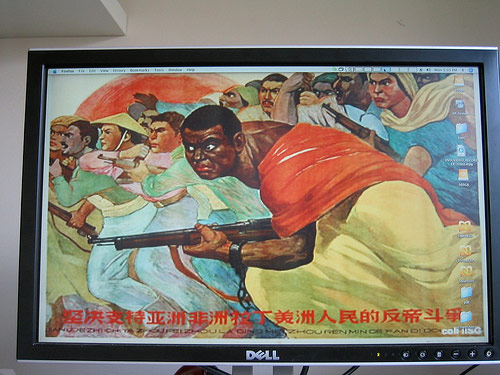 Flickr user ‘nickcalyx’ found one of our posters on the web, and liked it so much that he used it as desktop wallpaper. In July 2007, he took a photograph of his computer screen, and uploaded the picture to Flickr, where we accidentally found it (at https://www.flickr.com/photos/nickcalyx/699178222/

). To close the circle, we put the picture here!