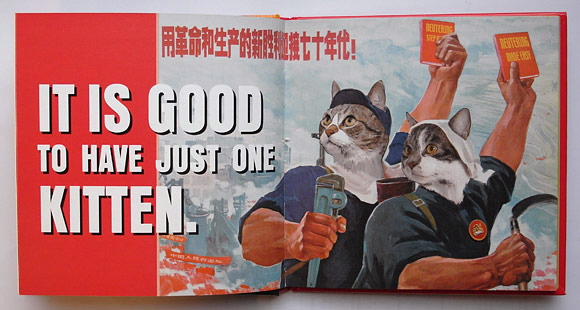 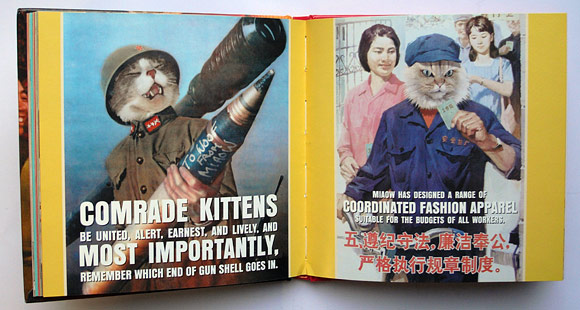 Inspired by his cat, Andrew Davies made a series of montages based on posters from our collection. He replaced the heads of people in the posters with the heads of cats, and changed the slogan to something relating to the life of cats and their struggle against dogs (‘woofs’). The pictures were published in a book entitled The Thoughts of Chairman Miaow (New York: Gramercy Press, 2005)
In the sample pages above, you may recognize the 1970 poster Greet the 1970s with the new victories of revolution and production and Forcefully beat back the bandits in space from 1958.