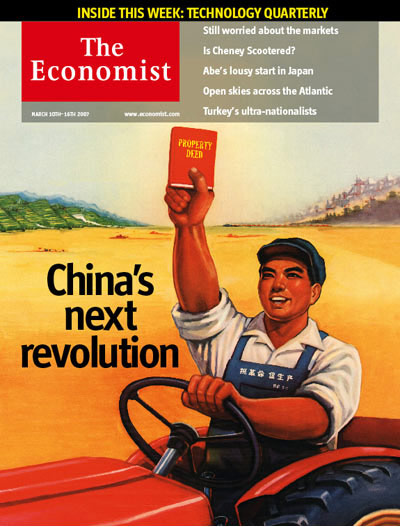 For a cover image illustrating an article on China’s new economy, the magazine The Economist used a poster from our collection. The original is from 1969-1970, titled ’Support Argiculture Energetically’, published by the Revolutionary Committee of the Cultural Section of the Revolutionary Committee of Shenyang City (call number BG E13/833). In the original, the red book is - of course - a Little Red Book. On the cover of The Economist, the book title has been changed to ‘Property Deed’. The cover is of the American edition, vol 382, no. 8519 (March 10, 2007). 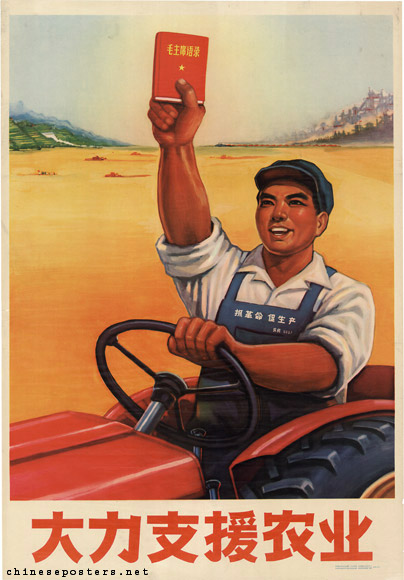