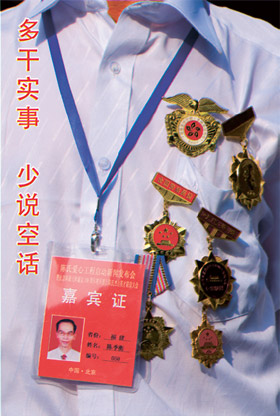 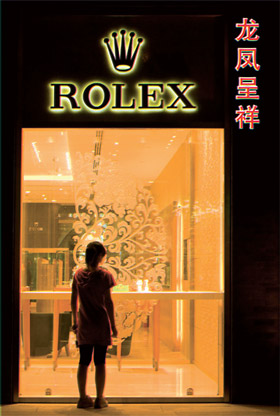 ) made several trips to China, to photograph the fast change from ‘communist utopia’ to ‘neo-capitalist super-power’. The results were shown first in 2011, in his exhibition ‘The New China - between ideal and reality. Van Sluis combined his photographs with slogans from Chinese propaganda posters to make the tension between ideal and reality - or between past and present - more tangible. He also edited the colours to create a poster-like atmosphere.
The photograph on the left has the slogan "We should do more and engage less in empty talk", the one on the right "Prosperity brought by the dragon and the phoenix".

We should do more and engage less in empty talk - Deng Xiaoping, 1992