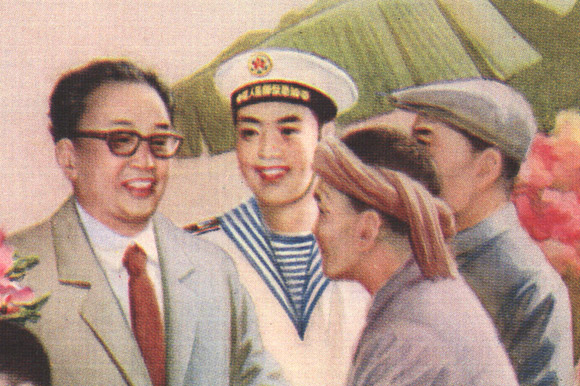 Zhao Ziyang (赵紫阳, 1919-2005), former General Secretary of the Chinese Communist Party (CCP) and a protégé of Deng Xiaoping, was considered as one of the most reform-minded leaders in the 1980s. He joined the Party in 1938. In the 1950s, he was actively involved in the land reform campaigns in Guangdong Province. When Deng was persecuted as a "capitalist roader" during the Cultural Revolution (1966-1976), Zhao suffered a similar fate. This was not only due to his ties with Deng, but also because his rural reforms were considered to be too much capitalistic. After his rehabilitation by Zhou Enlai in 1973, he resumed his climb through the ranks. After a stint in Inner Mongolia, he returned to Guangdong. In 1973, he was elected as a member of the Central Committee. By 1976, he was transferred to Sichuan, Deng’s native province.

By experimenting with "responsibility systems" in agriculture, Zhao became known as a reformer. After Deng’s policy of the "Four Modernizations" was adopted in 1978, the rural reforms that followed were closely modelled on Zhao’s experiments in Sichuan. Other elements of the reform package that Zhao developed and Deng adopted were the policies of coastal development and price and industrial reforms. In 1980, he was made Premier of the State Council, and strongly supported policies to increase the role of the market and to separate Party and State. 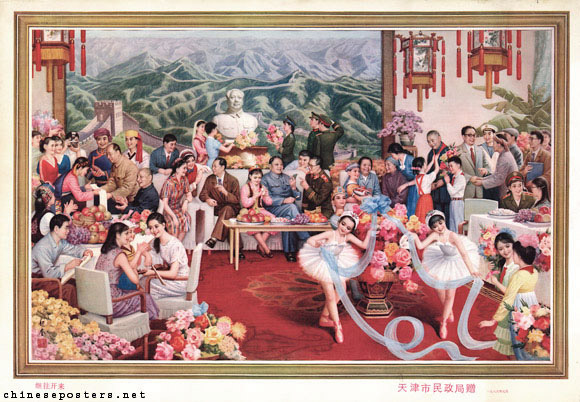 In 1987, he reluctantly agreed to replace Hu Yaobang as General Secretary of the CCP. This greatly diminished his influence on the process of political and economic reforms although it enabled him to develop his theory that China was only in a primary stage of socialism, on the basis of which a wide variety of experiments in the economy and political sphere were possible. Zhao’s bold plans, as well as the soaring inflation and growing corruption that marked the later half of the 1980s, resulted in growing opposition from hard-liners in the Party. Amidst accusations of having tried to split the Party by supporting the student demonstrations on Tiananmen when he visited them on 19 May 1989, Zhao was purged in the summer of 1989 and given house arrest. Since then, he had been in political limbo, perfecting his golf game.

Although admired and even loved by the people, Zhao’s reform agenda was feared by the more conservative Party elders. This may be one of the reasons that no posters featuring Zhao were published. A plan to publish a poster with Deng, Hu and Zhao, was quietly shelved in 1989. The poster shown above, donated in 1986 to the civil administration of Tianjin, is one of the only ones known to show Zhao (standing towards the right, wearing glasses), Hu and Deng (both seated on the sofa). They are surrounded by a number of other leaders, including Chen Yun and Li Xiannian, and various models of the time, including Zhang Haidi.

In the summer of 2003, rumors circulated that Zhao had died. The CCP reacted quickly by publishing ‘recent’ photographs to indicate that he still was alive. After suffering a series of strokes and slipping into a deep coma, he died on 17 January 2005.

Yang Jisheng, "Zhao Ziyang’s Speech in His Own Defense at the Fourth Plenary Session of the Thirteenth Central Committee of the Chinese Communist Party", Chinese Law and Government 38:3 (2005), 51–68 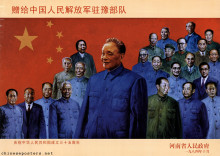 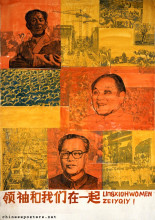