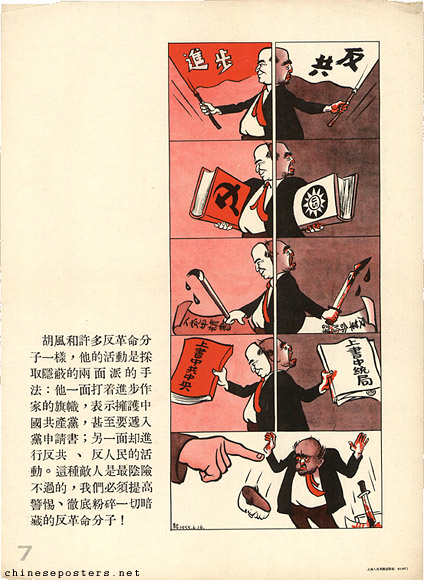 Most of the cartoons of a set of 20 posters, published during the anti-Hu Feng movement, cannot be linked to any of the 17 designers mentioned on the opening sheet. This seventh one, however, has been signed by Wu Yun (bottom left corner).

This cartoon shows Hu Feng as a two-faced culprit, with some anti-semitic nuances. He touts Progress (left), while opposing communism; he carries the communist credo as well as the American; he applies for Communist Party membership, while scheming against the revolution; he sends missives to the Central Committee, as well as to the Office of the President (Jiang Jieshi); but in the end he is brought down.