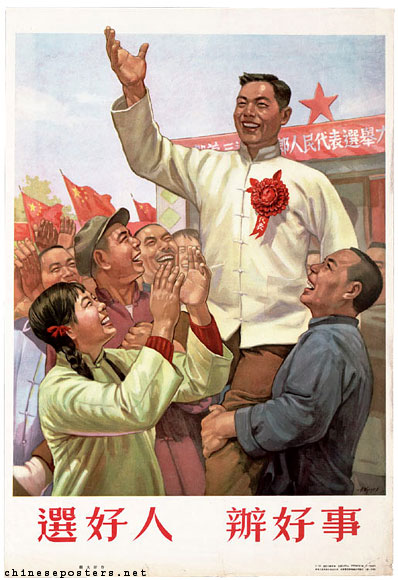 Topics that had to be dealt with on posters were elements of the elective process for the new mass organizations. These were set up by the Party to represent the rights of workers and peasants, the new masters of the nation. These posters, which were published frequently in the first half of the 1950s, publicized a number of aspects. First, they showed that workers and peasants had an actual way of controlling the bodies responsible for defending their rights by casting their votes. Secondly, of course, attention was given to the actual rights that workers had been granted. And thirdly, some indications were provided about the actual process involved in voting for the candidates. No posters were designed that showed the councils in action. 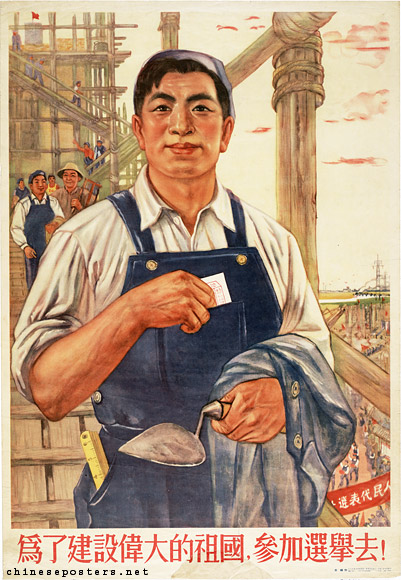 Participate in the elections to build up a great motherland!, 1953

Conspicuously absent from the visual materials designed for workers was the creation of the work unit (danwei, 单位) in factories, which served as an organizational tool for the distribution of scarce and/or subsidized goods, and at the same time functioned as a means to ensure ideological and behavioral conformity of its members. Likewise, the posters intended for the rural population were devoid of information about the ongoing process of collectivization. 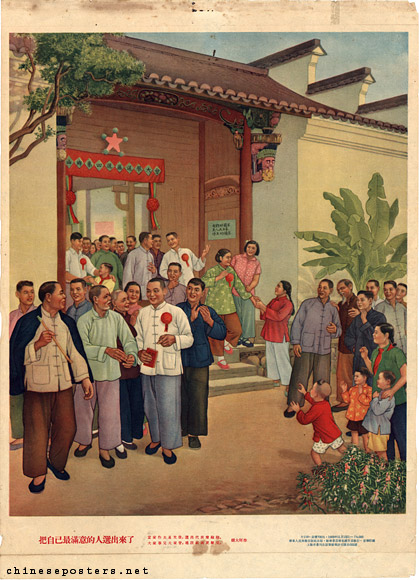 The persons we are most statisfied with have been elected, 1953 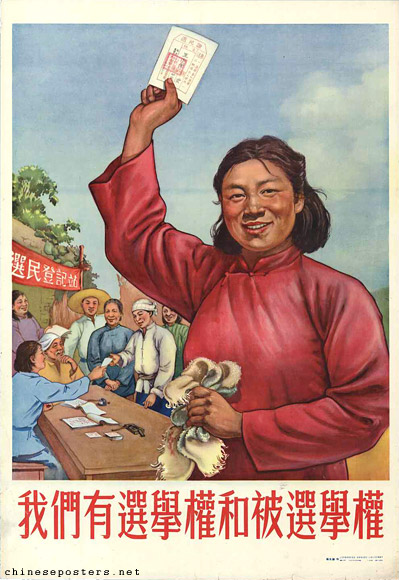 We have both active and passive voting rights, 1953 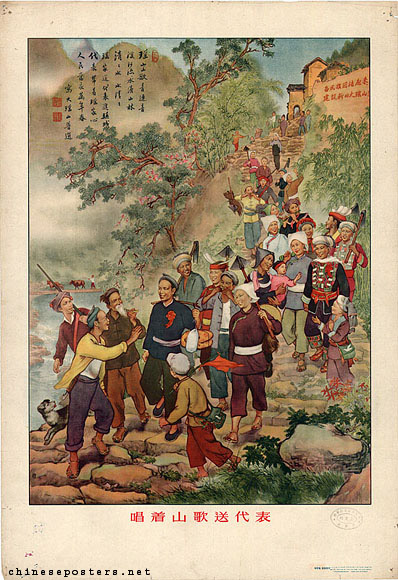 Singing folk songs to send off the representative, 1954 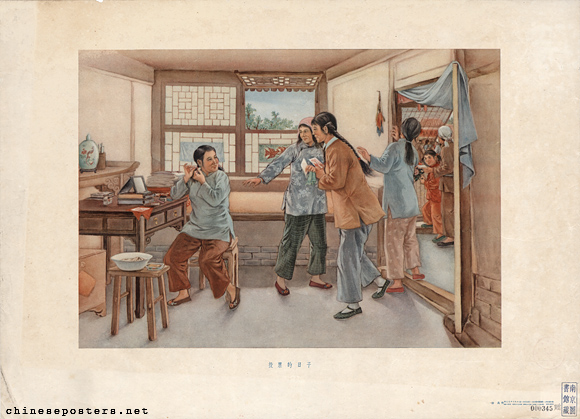 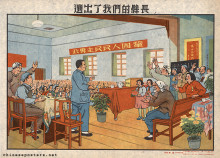 Our county mayor has been elected (1951, November) 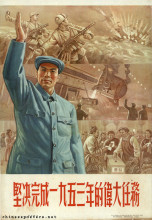 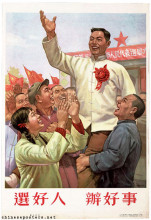 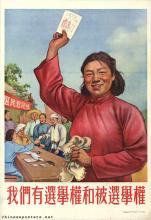 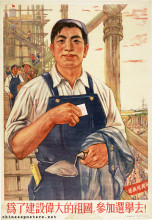 Participate in the elections to build up a great m… (1953, August) 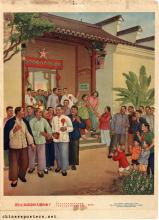 The persons we are most statisfied with have been… (1953, November) 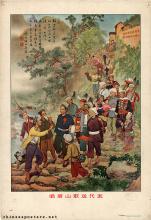 Singing folk songs to send off the representative (1954, August) 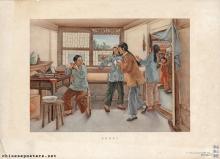 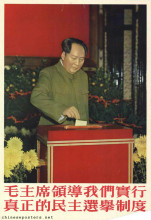 Chairman Mao leads us to implement a real democrat… (ca. 1954) 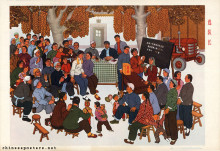 Electing the leader of a production brigade (ca. 1972) 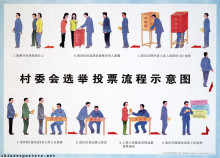 Schematic drawing of the process of casting votes… (ca. 1995)