The last part of the plan is devoted to less tangible things. Again, the plan is illustrative to the extent of showing everything that apparently has not been accomplished yet. Training and developing cadres while raising the cultural level of the people (first below) and improving health protection (second below) still merited close and planned attention. As before, a presentation of the situation before and after the implementation are presented to make abundantly clear what needs to be done. 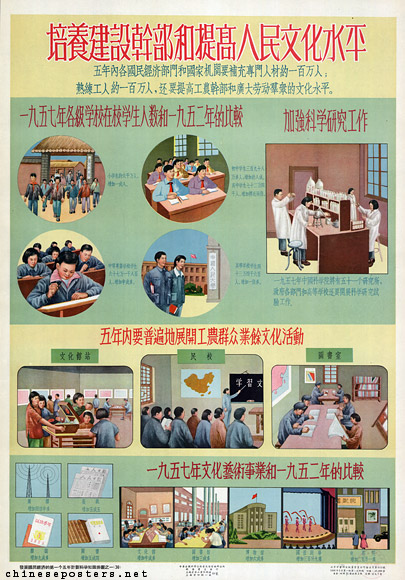 Train and develop cadres and raise the cultural level of the people, 1956 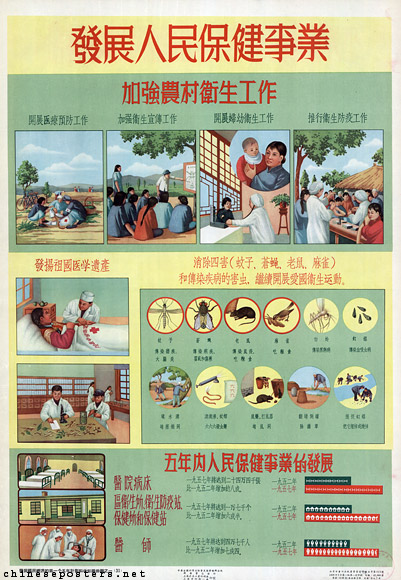 Develop health protection for the people, 1956

Similarly, many earlier policies enacted in the countryside needed further consideration. The poster below stresses the need for further participation in the collectivization that followed closely on the heels of Land Reform; a further input of rural production to support the Party, government and industrialization; and a continued weeding out of all ‘hidden counterrevolutionaries’. Lest the people would think that life hadn’t become any better in the previous years, the poster below reminds them of everything that already has turned out for the better. 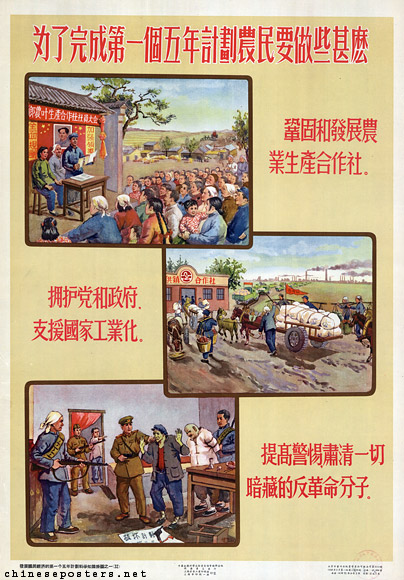 What must the peasantry do to bring the First Five Year Plan to a success?, 1956 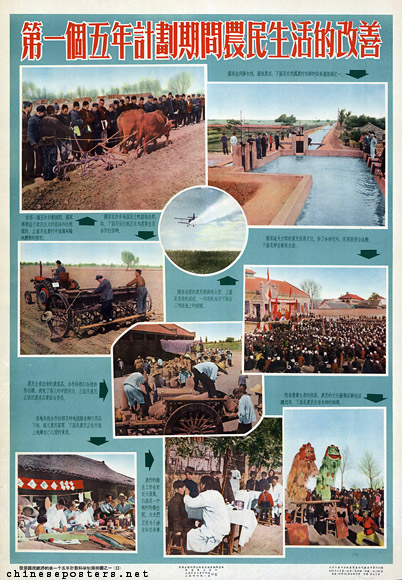 Improvements in the lives of the peasants during the First Five Year Plan period, 1956

And finally, the ultimate model for the end terms of the plan is presented: The Soviet Union. That country’s present-day situation is held up as China’s future. 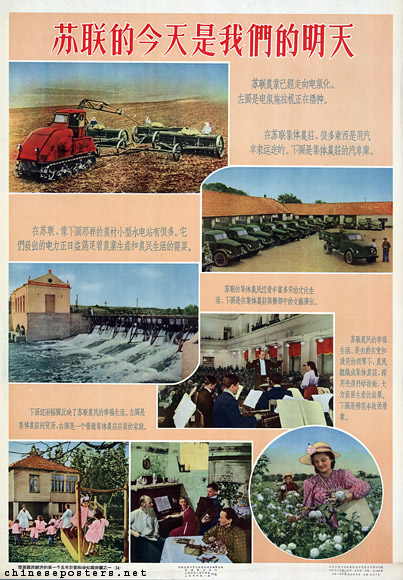