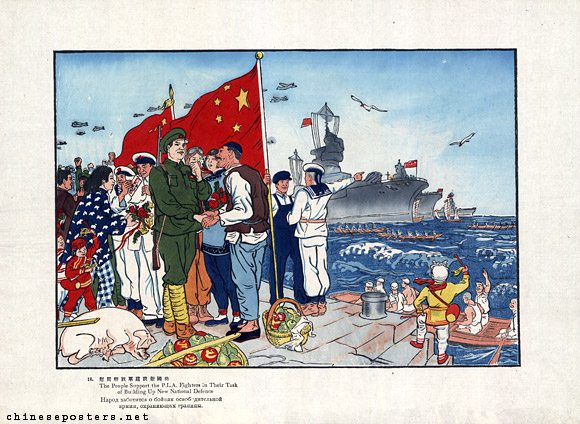 The people support the PLA Fighters in their task of building up new national defence, early 1950s

An almost continuous stream of mass movements that addressed national, international, political, moral and social topics arked the first decade of the PRC. This ‘flow of campaigns’, organized both at the national and the local levels, and in the rural and urban areas, was intended to strengthen the support for the CCP and eliminate various types of enemies, to deepen the understanding of the new ideology that guided China, and to promote economic production. The goals for most of these initial mass movements were comparatively easy to understand. 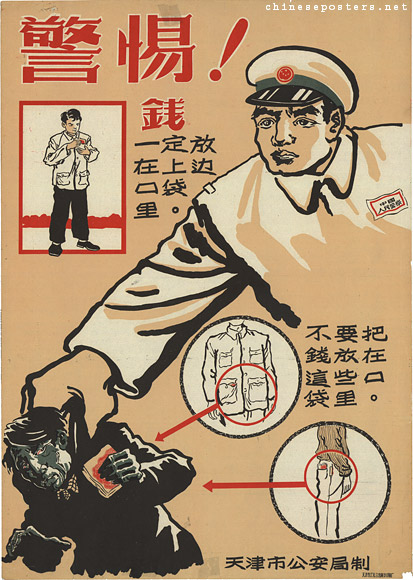 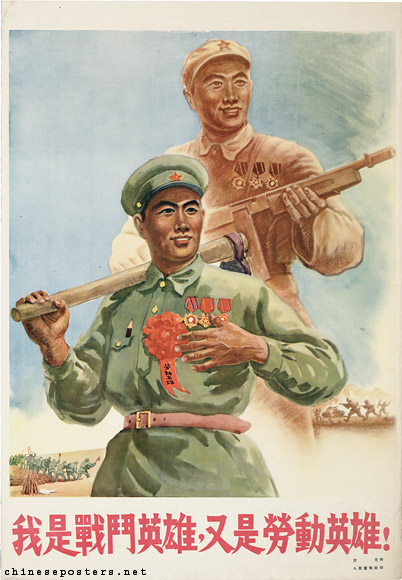 They included drives to spread Land Reform policies and to publicize new rules and regulations, such as the Marriage Law; rectification movements of intellectuals; campaigns to weed out corruption, bureaucratism and petty crime; and movements to boost popular support for the new regime, in particular in the cities. All the people were mobilized to help reconstruct the country in whatever manner possible, including (recently) demobilized soldiers.

The poster below was designed to accompany a drive to persuade people to purchase bonds during the "Economic Construction Period" which started in December 1953. Ostensibly well-to-do urbanites and private businessmen were urged to subscribe from January to March 1954, and to hand over their ample savings to the government in order to contribute to national reconstruction. The sign on the left identifies the receiving party as the "National Economic Reconstruction Bonds Subscription Office". 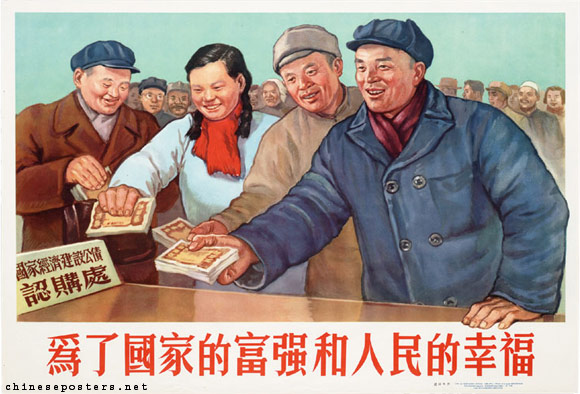 To make the nation rich and strong, and the people happy, 1954

It is striking to see how many of these early to mid-1950s posters use the same pictorial style that was employed in the so-called "Shanghai" or yuefenpai 月份牌 style that had been so popular in advertisements for cigarettes, medicines and beer in the pre-war and pre-Liberation periods. 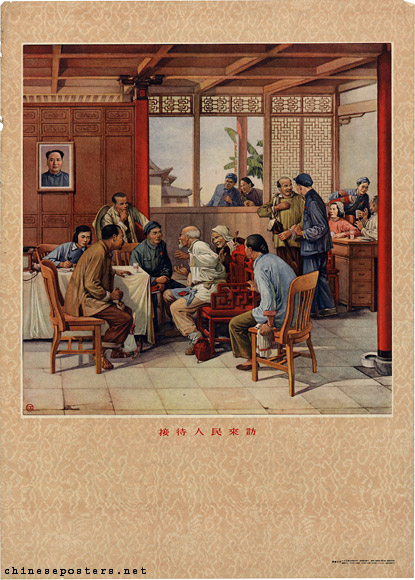 Receiving the people who come to visit, 1953