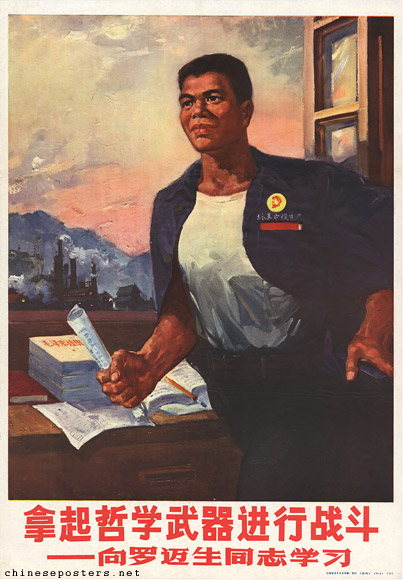 Luo Maisheng (罗迈生, 1933-1973) was a glaze worker at the Red Star Porcelain Factory in Jingdezhen, Jiangxi Province (景德镇市红星瓷厂). Luo was from Duchang, Jiangxi Province. He was a diligent learner and loved to use his brain. After work, he liked to read Mao Zedong's philosophical works, especially "On Practice" (实践论) and "On Contradictions" (矛盾论). Benefiting from these philosophical studies, his cultural level improved significantly.

In 1957, the Red Star Porcelain Factory sent people to visit Henan and study the Liling Guoguang Porcelain Factory applying inner glaze. The work efficiency was very high, and it was adapted immediately in Jingdezhen. However, the application of external glaze was still manual, and the production lagged. In 1958, Luo was sent to visit various porcelain factories in Tangshan. Those porcelain factories used a single "glaze bleaching" inside and outside, and the amount of glaze applied per person per day was as high as several thousand.

This success further encouraged Luo to reach a higher goal. After three years of deliberation and consideration, in 1971, he created an automatic molding machine for the five processes of grinding blanks, sweeping dust, replenishing water, applying glaze, and taking glaze. This made a great contribution to the modernization of the Red Star Porcelain Factory. In the same year, he was awarded the title of "Excellent Communist Party Member Who Learned and Used Chairman Mao's Philosophy Ideas" (活学活用毛主席哲学思想的优秀共产党员). The Jiangxi Daily (江西日报) and People's Daily (人民日报) reported about his successes. At the same time, a large-scale "Excellent Party Member Who Learned and Applied Chairman Mao's Philosophy Ideas" (向活学活用毛主席哲学思想的优秀共产党员罗迈生学习), a mass movement of "Luo Maisheng Study", was launched.

Luo was weak and in poor health, and passed away at the age of 40. He had no chance to obtain the title of "senior engineer" or the title of "provincial model worker", and the salary remained low, at just tens of yuan. But when people talk about the "Top Ten Porcelain Factory" in Jingdezhen, someone will always mention him. 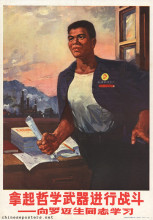