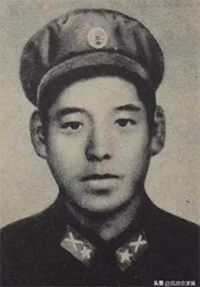 Xie Chen (谢臣, 1940-1963), of the Hui nationality, was a native of Yixian County, Hebei Province. He joined the army in 1960, and was a soldier of the 3rd Battalion Artillery Company of a certain Division of the 69th Army (now the 3rd Battalion and 9th Company of a Special Operations Brigade of the 81st Army).

In August 1963, the western and northern regions of Hebei experienced unprecedented floods. In the early morning of 8 August, Xie Chen had just arrived in Donggaoshizhuang Village, Yi County, Baoding City (now Lingxi Village, Tuonan Township, Mancheng District, Baoding City) and suddenly encountered a flash flood. While the people ran up the mountain, but Xie ran down the mountain, running and calling the people up the mountain. A wave hit him, he was caught in the rapids, and at the bend of the river, he was washed back to the shore by the wave.

At this time, Xie  found that Wang Lianzi, the daughter of member Wang Luorong, was struggling and was about to be washed away by the flood. As they approached the shore, a huge wave drove them into the whirlpool again. Xie held Lianzi and swam to the shore. Because of the steep slope and rapid water, it was difficult to get to the shore. Xie dragged Lianzi's waist with both hands and pushed her to the shore with all his strength, but he was caught in the whirlpool. The villagers saw a wave driving Xie into the water, and never saw him surface again. After the flood, people found Xie's body in Yujiayan, 600 meters away, and those present wept bitterly. On the day of the funeral, thousands of people from nearby villages climbed over the mountains and spontaneously came to see him off.

In 1964, the Ministry of National Defense posthumously awarded Xie Chen the honorary title of "Model of Loving People".