A major example of a typical model presented in the late 1990s has been the plumber-electrician Xu Hu (徐虎). It could have been a coincidence, but Xu hailed from Shanghai, just like Jiang Zemin, and this may have influenced the decision to turn him into a model. Xu’s claim to fame basically derived from his diligent and hard work in alleviating the bane of Shanghai life: blocked-up toilets. He did this not only during working hours, but more importantly also in his time off. Xu’s elevation to model status is very much in line with the official acknowledgement that there still exists a need these days for "ordinary workers who like and respect their jobs and who are hard-working and competent", although these "new times" of modernization and reform also call for "brilliant company directors, managers, specialists and intellectuals". 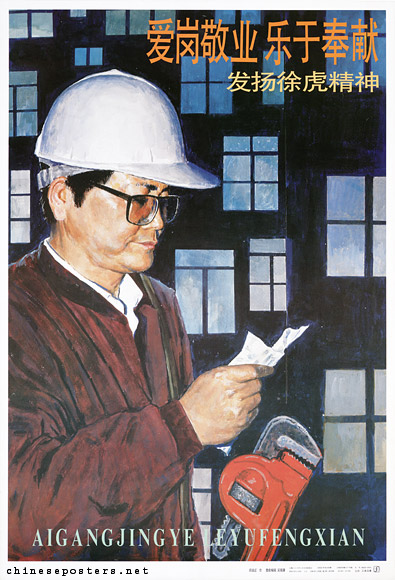 Xu’s service to the people has been publicized in a rather low-key emulation campaign, which made him a local and national celebrity in 1996-1997. At one point, his otherwise completely uninteresting life was even turned into a stage play, entitled "Master Plumber Xu Hu". 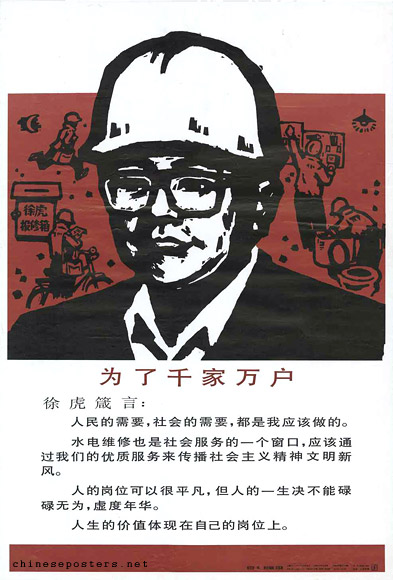 Michel Bonnin, "When the Saints Come Marching Back", China Perspectives No. 5 (May-June 1996) 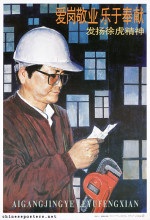