The continued use of Lei Feng’s image and reputation for a variety of propaganda purposes can be seen from the materials below. 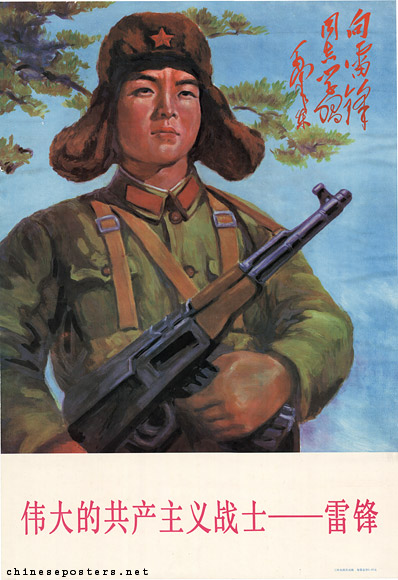 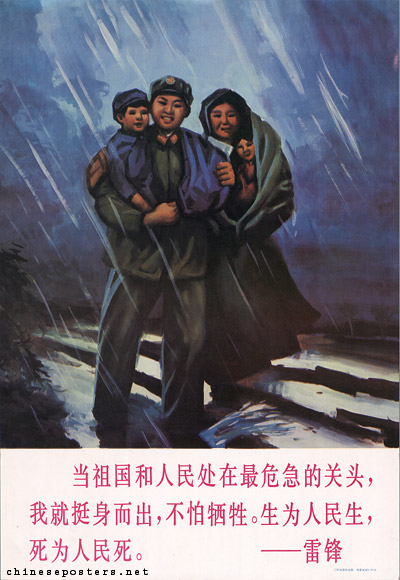 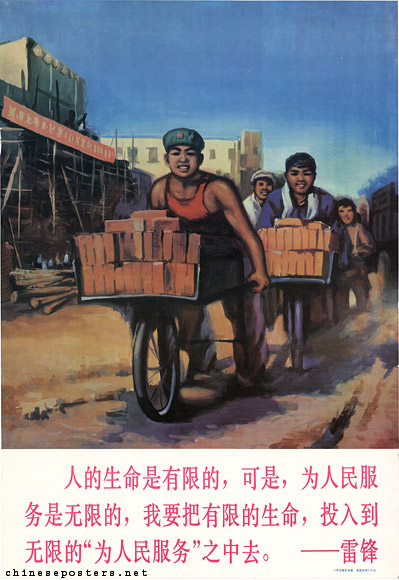 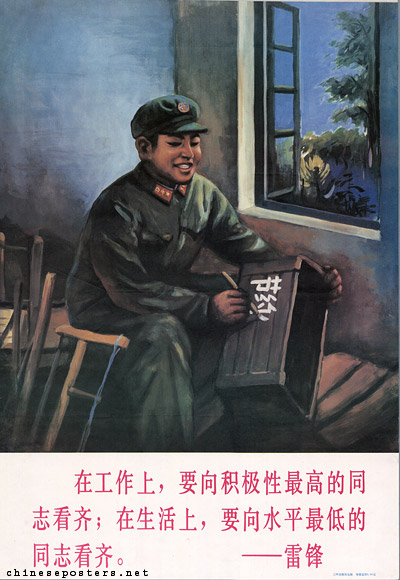 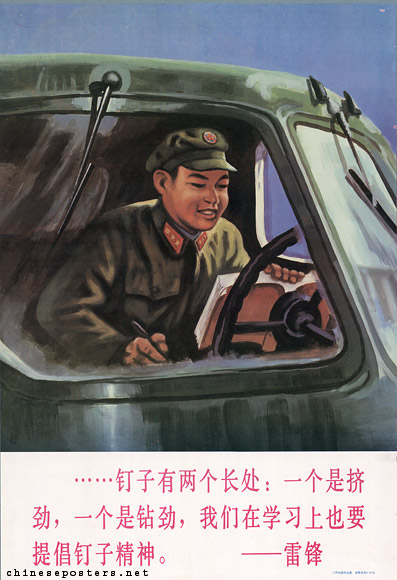 As a further indication of his relevance, even in the new millenium, Lei Feng has even entered cyberspace. On his own homepage

, which was maintained by the Liaoning Lei Feng Memorial Hall but unfortunately is no longer accessible, old photographs could be seen of Lei in action and of a number of his personal belongings, as well as examples of Lei’s calligraphy. Moreover, it contained a number of sound files. 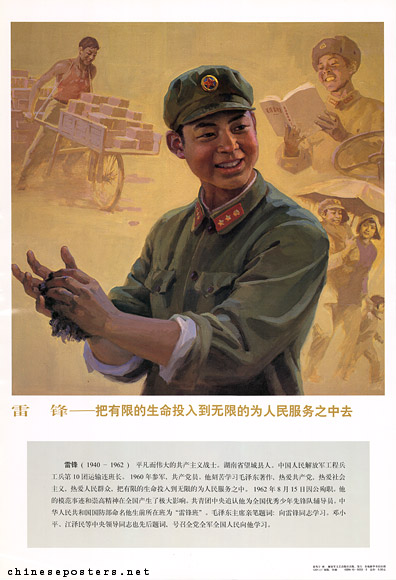 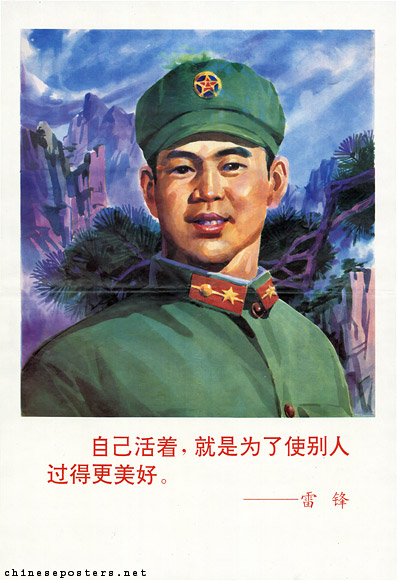 Interestingly, Lei Feng unexpectedly was elevated to an icon of commercial advertising. In spring 2000, Lei’s image suddenly turned up in the chrome-framed and glass-fronted cases, usually reserved for advertising posters, located near taxi stands, bus stops and busy corners in Beijing. In his green uniform, set off by a bright red sash and rosette, he urged passers-by to log on to the Internet and surf to a website dedicated to health information, sponsored a big Chinese pharmaceutical company. The slogan used was "One person on the Web, health for the whole family’ (yiren shang wang, quanjia jiankang), which echoed the motto from the original Lei Feng campaign of the early 1960s: "One person in the Army, glory for the whole family". 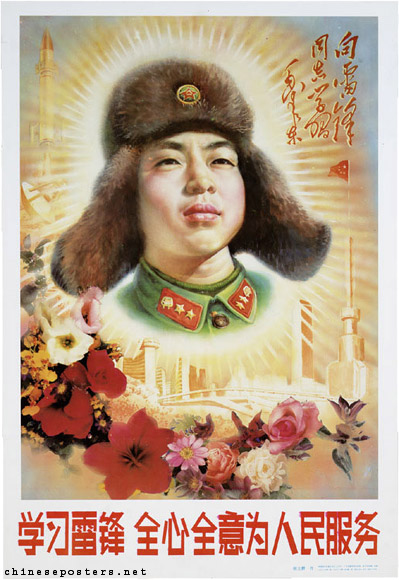 This unexpected use of the most enduring icon of model behavior of China has many implications. Aside from the potentially unpleasant feelings Lei’s billboard reappearance may have evoked among those who still remember the original emulation campaigns, it testifies to the lasting influence Lei has had, and obviously continues to have, in the attempts to make people’s behavior conform to some norm. He no longer urges people to be obedient and willing to sacrifice their personal well-being for the collective, but offers individual health and opportunities for feeling good. On the other hand, by employing the tropes of nostalgia, it addressed a popular yearning for a more orderly society and a nostalgia for an imaginary golden past, as it was presented in the propaganda posters of the 1960s and 1970s. At the same time, it indicates to what extent propaganda, as a form of political advertising, and commercial marketing techniques have intersected and have become part of popular culture.

In commemoration of the 40th anniversary of the movement to study Lei’s example, numerous Chinese Internet portals opened special sections carrying relevant and educational essays devoted to ‘ordinary’ people’s experiences in studying this beacon light. One of these sections carried the banner below -- another indication that Lei’s image is evolving in terms of time, technology and target group.

Commemorate the 40th anniversary of the Study Lei Feng Movement, 2003

But it doesn’t stop there: in December 2005, Lei Feng started his own weblog. In his contribution of 21 Februari 2006, he waxes poetically about the fact that he himself studies his higher self. Moreover, in 2006 an educational on-line game called "Learn from Lei Feng" was launched. Hard work, a plain life and willingness to help others are the game’s themes. To do good deeds, as many as you can, is the trick for passing each level. The game also sets up tasks like a treasure hunt, but the treasure here is a copy of Chairman Mao’s Collected Works.

Erik Eckholm, "Beijing Journal: A Maoist Hero's Ghost Tilts With Falun Gong", The New York Times on the Web, 30 May 2001