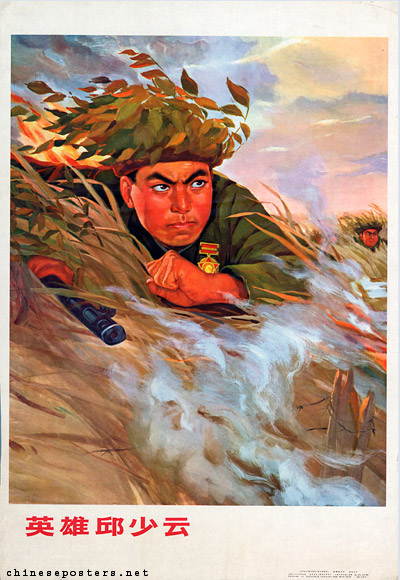 Qiu Shaoyun (邱少云, 1931-1952) was born in a rural village in Tongliang district, Sichuan Province. He joined the People’s Liberation Army in 1949 and earned recognition in the campaigns that were waged to exterminate bandits. Early 1951, Qiu signed up with the Chinese Volunteer Army taking part in the Korean War. In October 1952, Qiu died a martyr’s death. In the struggle for Hill 391, Qiu and his unit mates crawled closer to the enemy position, using hay and twigs as natural camouflage. The enemy used incendary bombs, dropped by airplanes, to try and smoke out the Chinese units. Qiu got trapped in the ensuing brush fire and in order to not betray the 500 other Chinese soldiers taking part in the assault, he did not move and burned to death. 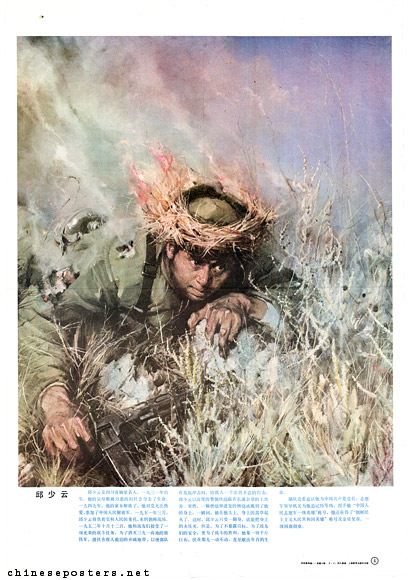 In 1953, Qiu was made a Hero First Class. The Democratic People’s Republic of Korea, moreover, made him a "Hero of the DPRK" and awarded him two medals. 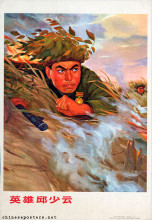 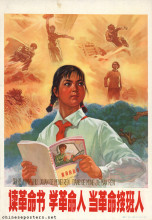 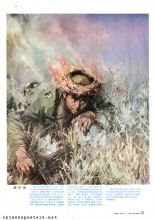