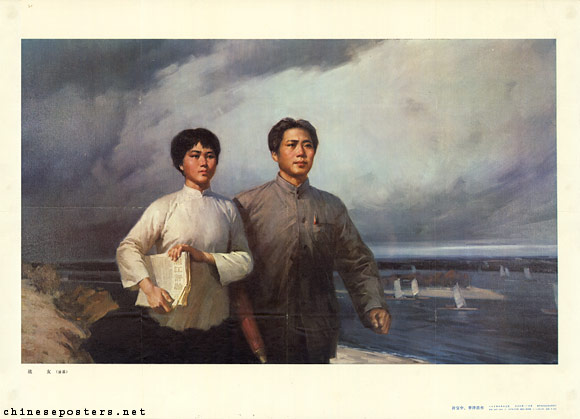 Yang Kaihui (杨开慧, 1901-1930), the daughter of Yang Changji, one of Mao Zedong’s most beloved teachers, was born in Bancang, Hunan Province. She married Mao in autumn 1920. Yang was not Mao’s first wife: his first - arranged - marriage to a woman six years his senior was said, however, to never have been consummated. Nor was she Mao’s first sweetheart. 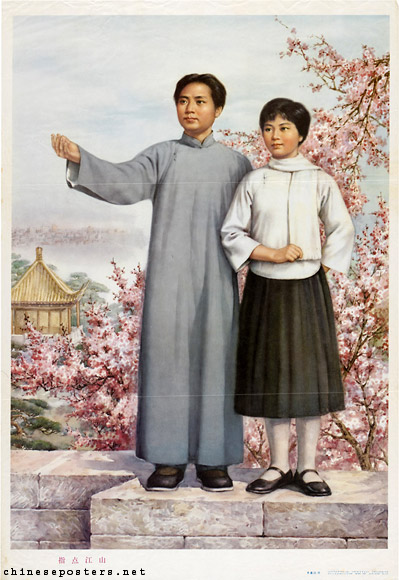 Giving directions to the nation, 1979

Yang’s father headed the Hunan First Normal School where Mao studied and she and Mao met when the latter visited her father to discuss various issues. When her father accepted a position at Peking University in 1918, Kaihui joined him there. Once Mao had arrived in Beijing and found employment in the Peking University Library, he would often meet with his former teacher. Only after her father’s death, Kaihui started to build up an independent --modern-- life by attending schools. Her marriage to Mao ended her period of independence. Although she joined the CCP in 1921, becoming one of its earliest members, she never held an official position and devoted her time to Mao and their children: Anying (1922-1951), Anqing (1923) and Anlong (1927). Thus, while Mao did organizational work for the Party and traveled widely, she rarely accompanied him. Nonetheless, she is credited with having contributed to the nascent labor, peasant and women’s movements. 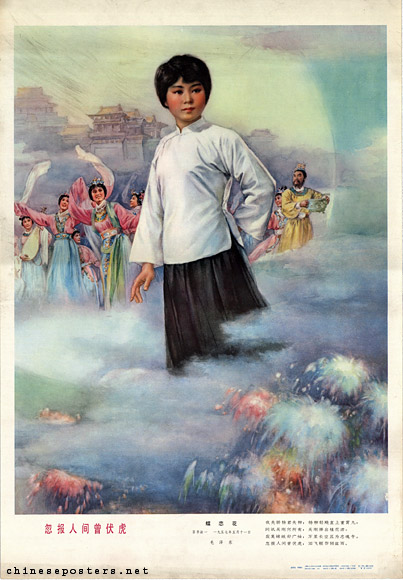 After Mao had participated in failed attempts at revolutionary upheavals in late 1927, she never saw him again. While Mao hid out at Jinggangshan, building the Red Army and living with He Zizhen (贺子珍) in a new ‘revolutionary marriage’, Kaihui remained in Bancang with their children. She and Anying were arrested in Changsha by the local warlord, and Kaihui was executed on 14 November 1930, simply because she was Mao’s wife. Thus, she became one of the early revolutionary martyrs, which explains the presence of an image of the Monument for Revolutionary Martyrs on Tiananmen Square in the posters below. 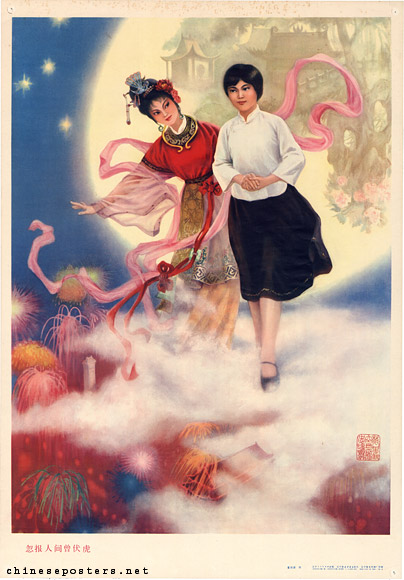 From 1977 onwards, Yang Kaihui’s image, dressed in the uniform of the modern urban woman that was popular during the May Fourth Movement period (1919) --a white high-necked jacket and calf-length black skirt--, appeared on numerous posters. Most of these were designed by newly rehabilitated veteran artists, including Li Mubai, Jin Xuechen and others. The attention lavished on Yang was clearly intended to show that while Mao’s last wife, Jiang Qing, had created havoc in the nation and now languished in prison, Mao had known marital bliss before. Many traditional and historical pictorial elements (Chang E, the Goddess in the Moon, and others) surround Yang, a revolutionary martyr in her own right, in these posters. They can be traced back to Mao’s poem

"In Response to Li Shuyi - To the melody of Die Lian Hua", written on 11 May 1957, in which Mao directly compares his departed Yang Kaihui to Chang E. 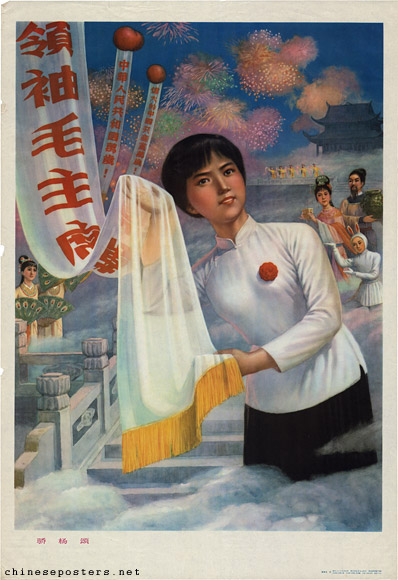 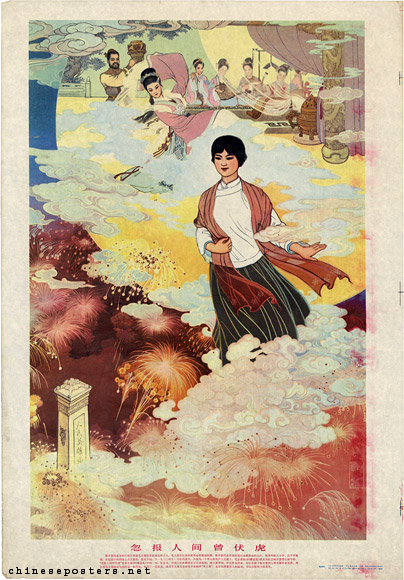 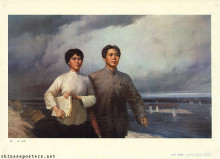 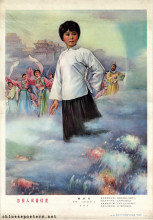 Suddenly report that a tiger has hidden among the… (1978, April) 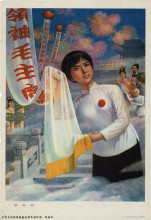 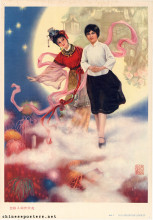 Suddenly report that a tiger has hidden among the… (1978, September) 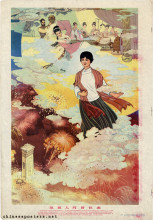 Suddenly report that a tiger has hidden among the… (1978, October) 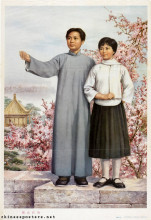 Giving directions to the nation (1979, September)