Qian Xuesen (钱学森, 1911-2009, born in Hangzhou, Zhejiang Province) is widely considered as the father of the Chinese space program. A former officer in the U.S. Army, he returned to China in the 1950s, after he had been expelled from the U.S., suspected of harboring Communist sympathies. As one of the leading rocket engineers at the California Institute of Technology, and more specifically the Jet Propulsion Lab in Pasadena, California, Qian was among the allied engineers who had studied German rocket technology immediately after the war. 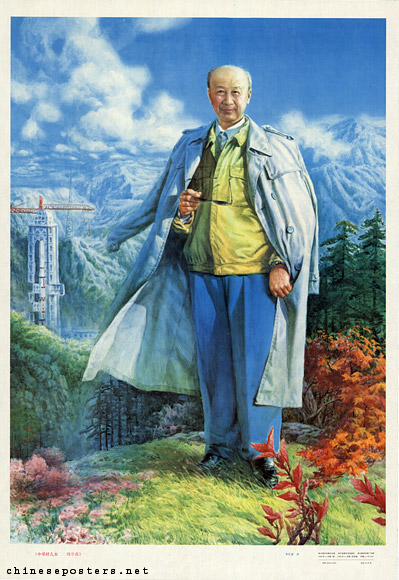 After his return in 1956, Qian became director of the Fifth Academy under the Ministry of National Defense and helped reverse-engineer a Soviet R-2 rocket, an improved version of the German V-2 developed by Werner von Braun that had been left behind by Soviet advisers. On the basis of the work Qian did under marshal Nie Rongzhen, head of the PLA military industrial complex, China’s first ICBMs were developed, which helped launch the first satellite in 1970. 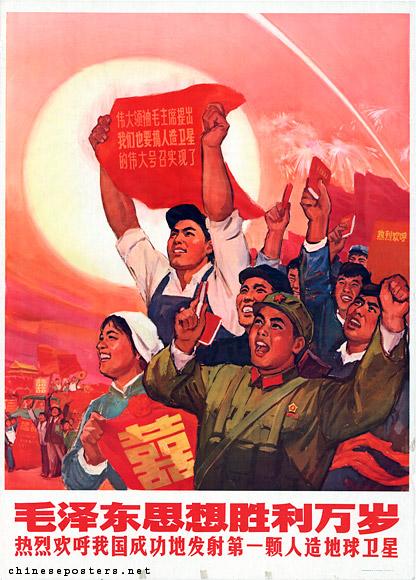 In the early 1990s, Qian, who had worked on top-secret projects all his life, became one of the most well-known intellectuals who appeared in propaganda posters. 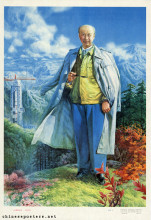