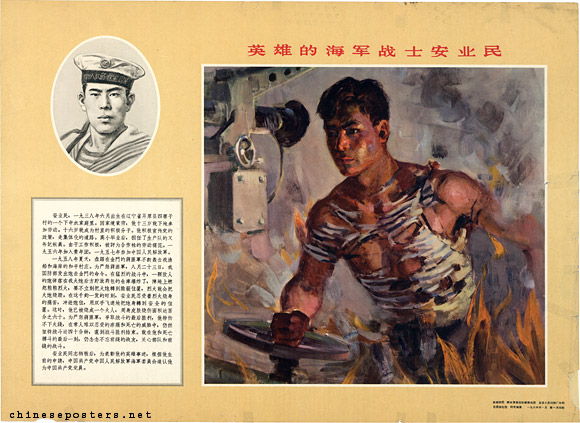 An Yemin (安业民, 1938-1958) was born in a lower-middle peasant household in Kaiyuan district, Liaoning Province. When he was sixteen, he became a Party activist, propagating collectivization. He was honored as a labor model. He joined the Youth League in 1956, and the Navy of the People’s Liberation Army in 1957. During the artillery bombardments against Taiwanese forces at Jinmen (Quemoy, 金門) in 1958, he was badly burned while rescuing an artillery piece. He stayed at his post for the rest of the battle until victory was won, but died later, in spite of medical care. 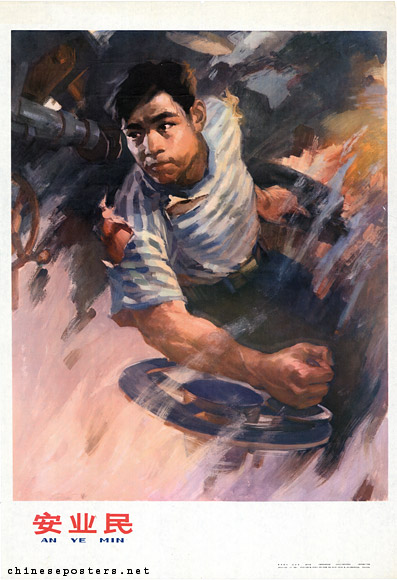 An Yemin was made a model for the army in 1963, together with Dong Cunrui, Huang Jiguang, Lei Feng, Zhang Side and Norman Bethune. These models were later also to be emulated by the population at large. Even in 1979, An Yemin was still considered an emulatable example. 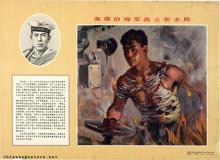 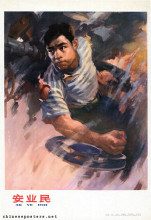