Zuo Quan (左权, 1906-1942) was born in Liling District, Hunan Province, near Changsha. He was the scion of a family of landowners. After finishing middle school during the early years of the May Fourth Movement, he went to Guangdong and joined the Guomindang (GMD). He pursued a military career and entered the GMD-sponsored Whampoa Academy in 1924. He became acquainted there with Zhou Enlai and Nie Rongzhen. In 1925, he joined the CCP, and the next year, he attended the Communist University of the Toilers of the East in Moscow. After two years, he transferred to the Red Army Academy (Frunze Military Academy), where he met Liu Bocheng. Zuo returned to China in 1930. 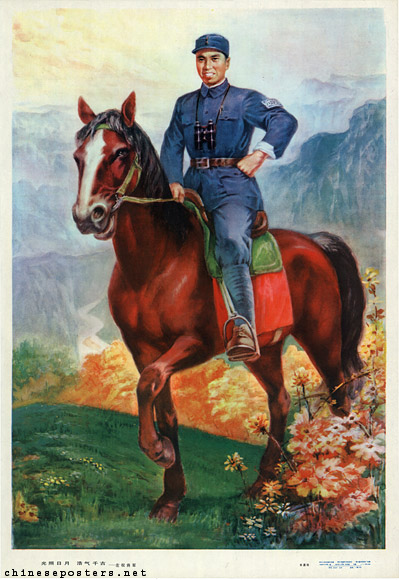 Illuminated by sun and moon, a noble spirit for all times - General Zuo Quan, 1983

After arriving in the Jiangxi Soviet, Zuo became a faculty member of the Red Army Academy near Ruijin. His most important military post was as chief-of-staff to Lin Biao, which he held from 1932 up to and during the Long March. In 1935, Zuo played an important role in the maneuvers that led to the successful crossing of the Luding Bridge over the Dadu River in Sichuan. After arriving in Yan’an, Zuo held a number of high military positions. When the war with Japan broke out in 1937, he served at various times under Ye Jianying, Zhu De, Ren Bishi and Peng Dehuai. Zuo was killed in June 1942 in a skirmish with the Japanese along the Jingzhang River in Shanxi Province.

Zuo translated a number of Soviet military works into Chinese. During the war, he wrote several articles on military affairs, especially on the subject of recruiting. As an early military hero, schools, towns and even folk songs have been named after him. 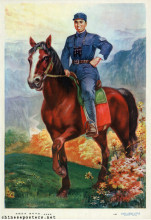 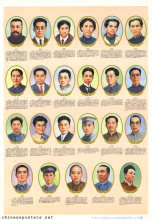